The UNESCO World Heritage Site of Kilwa Kisiwani (known as the Kilwa Ruins) is a world renowned archaeological site that chronicles the emergence of the Swahili culture in East Africa.

The Kilwa ruins found on the island now include the vestiges of the great mosque, constructed in the 12th century of coral clay, the remains of the palace built by Sultan Al Hasan in 1310 and numerous smaller mosques from the 12th and 14th century.

From the Portuguese era the ruins of a fortress and an entire urban complex with houses and public areas remain. The archaeological artefacts found at the site bare testimony to the commercial and consequently cultural exchanges of which Kilwa was the theater.

The Kilwa Ruins are only 2km away from Kilwa Masoko harbour, just outside of the town. You can travel by a motorised ferry or traditional dhow, however during certain seasons sailing dhow trips are not possible due to bad wind.

We recommend this trip to all visitors to Kilwa Beach Lodge, even though there is a reasonable amount of walking it is mostly flat.

Shorter trips can be arranged with your guide for those wishing to walk less.

Full day tours can be made with a packed lunch on the island followed by an afternoon visiting Songo Mnara or snorkelling.

Please note our price includes: transport from the lodge / guide services / boat transport to the island. Not included are entrance fees payable directly to the government currently 26,000TSh per person. 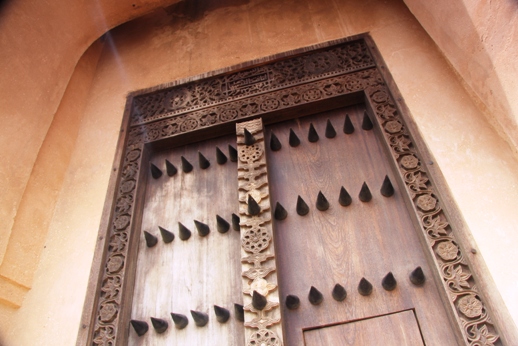 Travel to the island by traditional dhow.

These trips can be extended to include the Ruins of Songo Mnara.