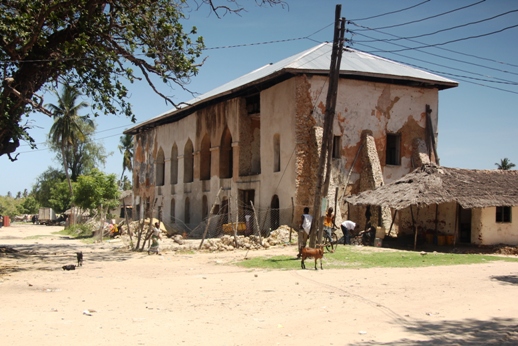 About a half-hour drive away from the beach lodge is Kilwa Kivinje. This was the German administrative capital of the Kilwa region.

They built a boma to house offices – you can still see it today the locals have long forgotten its original use.Like grass growing over a ruin, they’ve incorporated it into their daily life, some even squat in the sturdy edifice.

Kivinje also bears witness to a grimmer aspect of German colonisation. The Mwembe Kinyonga memorial was built by the town’s inhabitants on the site where Tanzanian participants in the Maji-Maji rebellion were hanged. This uprising took place at the turn of the twentieth- century and sowed the seeds of Independence,a total of 300,000 people killed during the uprising against  colonial powers.

Kivinje is now a small but picturesque town and houses the district’s main hospital, Kivinje is a great day trip from Kilwa Masoko.