Designated a UNESCO World Heritage site due to its influence on the birth of Swahili culture, what is now a fishing village was, a thousand years ago, occupied by Arabs. They minted gold and sold spices, jewellery and slaves, whilst holding licentious parties under the light of the moon and made the island state of Kilwa Kisiwani..

The Kilwa ruins are a must for any visitor to Kilwa and are a great help in understanding the Kilwa people and ancient Kilwa itself.

The history of ancient  Kilwa and the Kilwa people

In around Eight Hundred AD the Shirazi Arabs travelled by dhow from modern-day Iraq, when Europe was still embroiled in the dark ages. Within a few years these entrepreneurs amassed an unimaginable fortune by trading in gold mined deep in the African interior; modern day Sofala in Zimbabwe.

Soon Kilwa Kisiwani became a commercial centre for the Islamic world and beyond; trading in items ranging from Persian earthenware to Chinese porcelain.

Mosques, a market place and an ostentatious palace were built. These can all be seen today in various states of ruin as well as the thousand-year-old resting place of the Sultan and his family.

Over the centuries Kilwa Kisiwani’s fortunes fluctuated with changing gold-prices and the arrival of the Portuguese Vasca da Gama in 1502 heralded its decline and the Portuguese eventually built the crenulated gereza-fort which greets you at the harbour.

The city once again grew and became more important due to its connection with Zanzibar during the slave trade.

Songo Mnara, a neighbouring small island close to Kisiwani was a Swahili stone town which was inaugurated in the early 19th century. Its comparatively short history compared to its more illustrious neighbour of Kilwa Kisiwani has allowed archaeologists to examine early Swahili houses within a specific time period.

Both islands have been found to be cradles of the Swahili culture and were the starting points of the Islamization of the east coast of Africa.

We are able to offer tours around the island from the lodge. 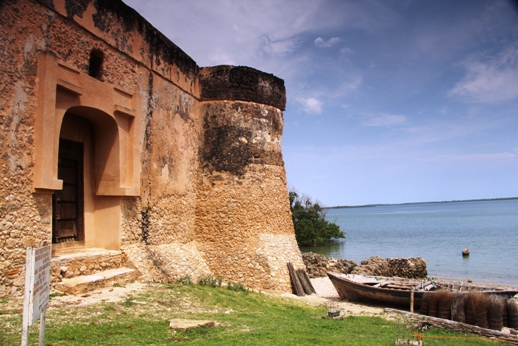 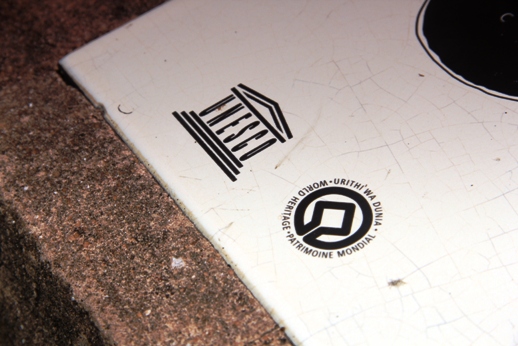 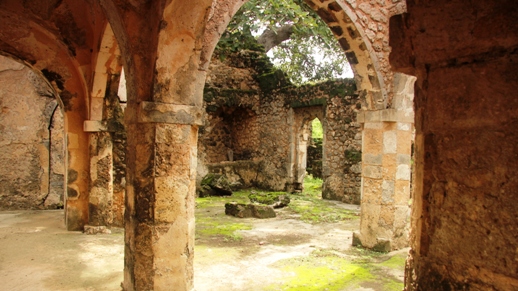 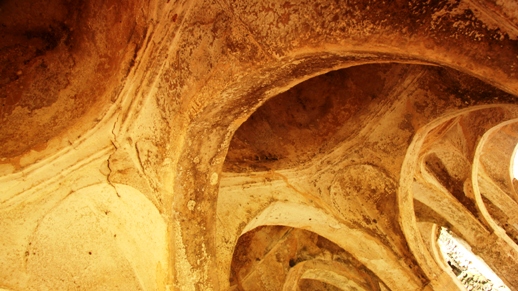 Tours to visit the Kilwa Ruins 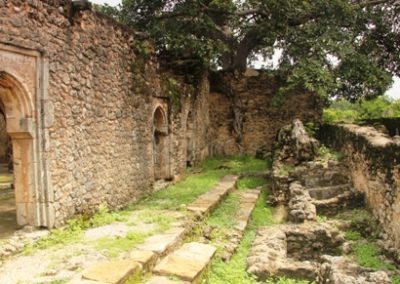 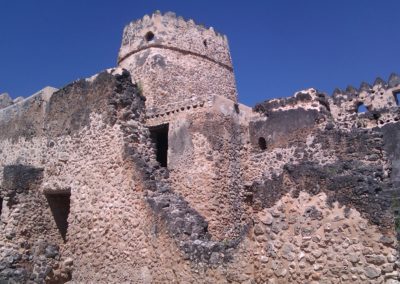 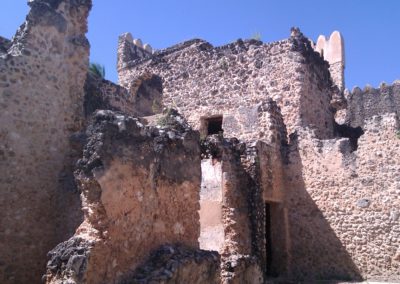 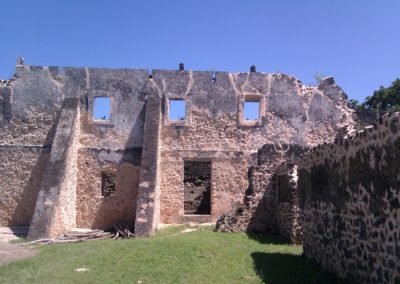 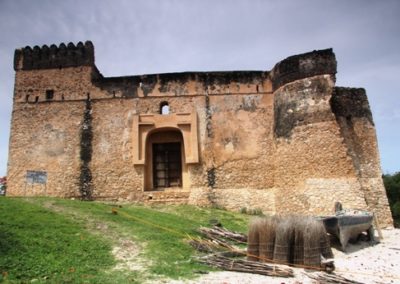 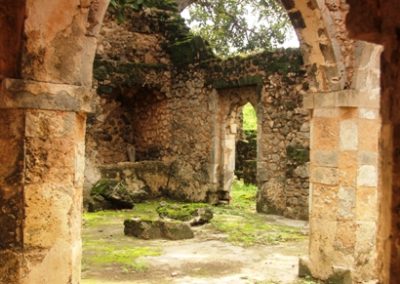 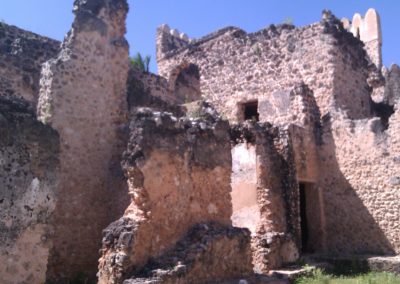